Chicago – November 23, 2020 – DRI–The Voice of the Defense Bar has filed an amicus brief in the U.S. Supreme Court supporting the petitioners in BP p.l.c. v. Mayor and City Council of Baltimore, No. 19-1189.

The case is one of several brought by state and municipal governments around the country seeking to hold energy companies responsible for global climate change. Baltimore brought the lawsuit in Maryland state court against 26 multinational companies that sell or produce fossil fuels. The city seeks to recover damages it purportedly has sustained and will continue to sustain because of climate change allegedly caused by the energy companies’ operations.

The question before the Supreme Court is narrower and relates to an important issue of federal-court jurisdiction. After Baltimore filed the lawsuit, the energy companies removed the case from Maryland state court to federal district court. They asserted several grounds for federal jurisdiction, including that Baltimore’s claims necessarily arise under federal law and that the claims relate to actions taken by the energy companies at the direction of federal officers.

The district court remanded the case to state court. The energy companies appealed the district court’s remand order to the U.S. Court of Appeals for the Fourth Circuit. The court of appeals held that it did not have appellate jurisdiction to review any ground for removal addressed by the remand order except for the federal-officer ground.

The Fourth Circuit’s decision turned on 28 U.S.C. § 1447(d). That statute generally bars appellate review of remand orders but contains an exception for “an order remanding a case . . . removed pursuant to” the federal-officer or civil-rights removal statutes. The Supreme Court will decide whether appellate jurisdiction under § 1447(d) is limited to the federal-officer and civil-rights removal grounds or instead extends to all grounds for removal addressed in a remand order.

DRI’s brief contends that, when it enacted § 1447(d), Congress authorized complete appellate review. To start, Congress has enacted several statutes that, like § 1447(d), define an appellate court’s scope of review at the level of an “order.” The Supreme Court and lower courts have understood such statutes to mean what they say: when a statute authorizes review of an “order,” the entire order comes before the appellate court. By contrast, Congress has enacted other statutes that authorize review only of particular questions, showing that Congress knows how to limit appellate review when it wishes to do so.

What’s more, complete appellate review comports with Congress’s policy behind § 1447(d) and federal jurisdiction more generally. Congress enacted the general prohibition on review of remand orders either to relieve the Supreme Court’s docket at a time when intermediate appellate courts did not exist or to hasten the resolution of removed cases. Either way, when it decided to allow appeals from orders remanding cases removed under the civil-rights or federal-officer removal statutes, Congress set aside those interests. Congress having done so, there is no compelling basis for a court of appeals not to review a remand order in its entirety. 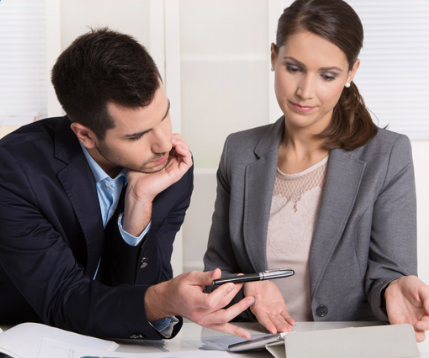